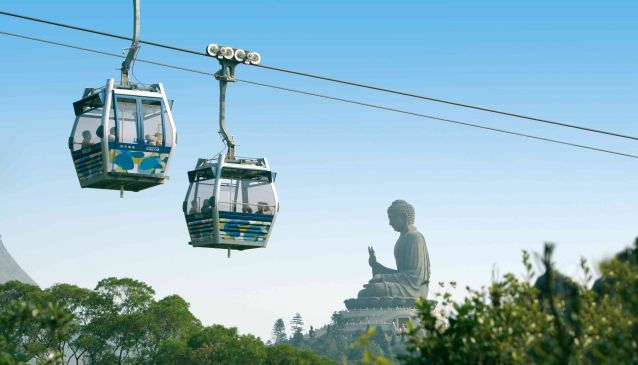 Considered as one of Hong Kong Amusement Parks, Ngong Ping 360 is constituted of Ngong Ping Skyrail cable car system and Ngong Ping Village. Ngong Ping 360 is the product of a tourism project in Lantau. The skyrail cable car travels 5.8km between Tung Chung Town Centre and Ngong Ping Village. Each cable car can accommodate up to 17 people but only 10 can sit. You have 25 minutes to enjoy the liberating feeling of being of top of lush greenery of Lantau and the flowing South China Sea. You also have the choice to ride 360 Sky Lounge. It is a special cable car decorated with Swarovski elements. This is best for romantic and group parties.

Ngong Ping Village is where you’ll stop. It houses several themed attractions - including a collection of shops, a tea house and a theatre - which aim to show the cultures of the world. There are also street entertainers along the way. Near to it is one of Hong Kong’s all-time favorite attractions - the Tian Tan Buddha . It is the one of the largest Buddha statues in the world. There are some food shops in Ngong Ping Village and some eateries in the grounds of Po Lin Monastery (where the Tian Tan Buddha is).