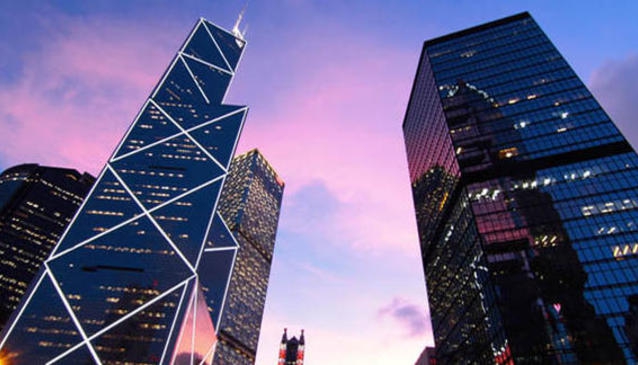 Directions to Bank Of China

The designer of the building is the famous I.M. Pei., who utilized triangular sections with triangular frames to achieve an effect that exudes an aura of crystalline growth and structure. Materials such as glass which comprise the building exterior reflect the light and its surroundings making it seem like the building is either a giant mirror or a shiny white crystal. I.M. Pei has succeeded in making such a majestic tower, whose height would rival other skyscrapers across the world. It is the 17th highest building in the world to be exact.

Also, just like the HSBC headquarters, the Bank of China is worth seeing at night as part of Hong Kong's Symphony of Lights .

To get to the viewing deck, it's as simple as getting down Central MTR Station. Take note however that the viewing deck is closed on Sundays so tourists are better off visiting this architectural wonder during the weekdays or on Saturday.