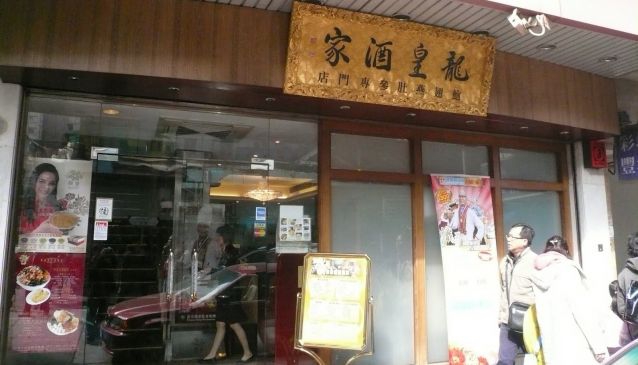 Celebrity Chef Wong Wing Chee is well known for his TV cooking shows, which have been a blessing and a curse to his original restaurant endeavor, Dragon King.

Having five branches in Hong Kong, the chain is not what it once was. As in the case of many new Michelin star establishments, the “discovery” of the venue allows for a dip in quality and/or service, and a skyrocketing of prices. The original branch of this restaurant opened more than 10 years ago, and is located in Yau Ma Tei, close to Ladies Market . It has a smaller room downstairs, with a larger, dining area upstairs.

Dishes include traditional Cantonese cuisine, with an emphasis on seafood, such as king crab prepared three ways, and shrimp, steamed lobster, or crab on egg whites, as well as a variety of tasty soups. Other non-seafood options include vegetables and red tomato in soup, and roasted suckling pig. Dim sum favorites include their Chan Chuen Rice Noodles, Deep fried Taro Pastry, and Steamed dumplings with dried conpoys and vegetables. Their Hotpot rice with preserved meat and Sausages is also quite nice.

Beware of servers trying to up-sell high-end dishes…this is one of many signs of its increased commercialization, with the other one being the notably inattentive and downright rude service.

Hours: vary depending on the branch.

All of our providers offer 24/7 support

Create & Share your own Guide to Hong Kong with friends and family!

Add your recommended places to visit by browsing the website and pressing the icon.

We Are Part of the My Guide Network!