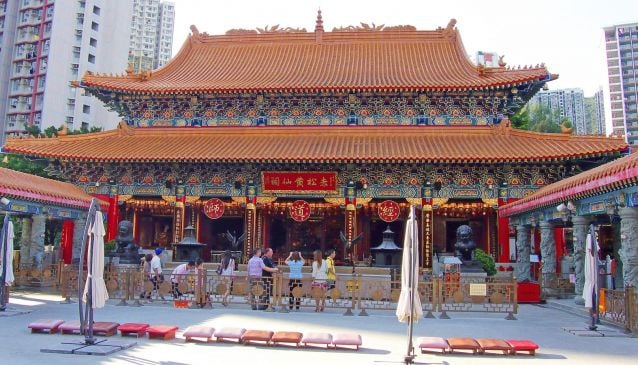 Ever felt the urge to look up at the night sky, and wish upon a star? Well, now, you can. With a guarantee of wishes, whatever the wish, no matter how many, that your wish will come true. The Wong Tai Sin Temple is the answer. Named after the mythical Wong Chuping who at 15, started to follow Taoism. Then, after forty long years, he was enlightened and became an immortal. Starting thereafter, he was called the mighty Wong Tai Sin. He is said to vanquish evil, aid the sick, and save the dying. His followers spread from Guangdong Province to HongKong during the start of the 20th century.

Most visitors, would likely kneel before the main alter of the temple , light incense sticks, make a wish, rattle the bamboo case and get the fortune stick which falls out. The stick that falls out will match a paper that has the same number as that of the priest.