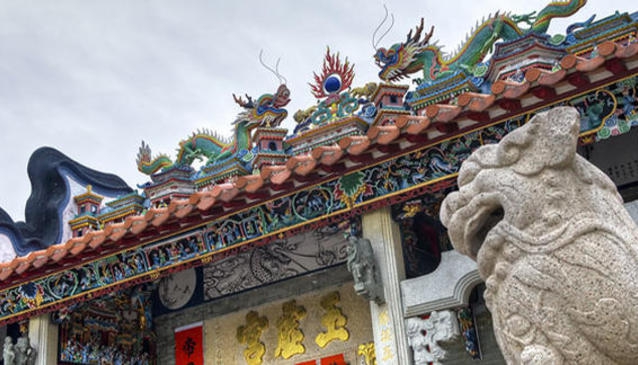 Pak Tai is a sea god of the early fisherman settlers in Cheung Chau . These fishermen were from Huizhou, Chaozhou and Guangzhou from the province of Guandong. It was their belief that their safety in the sea was assured by Pak Tai's blessing. Long story short, the Huizhou people brought with them the image of Pak Tai when a plague broke out in Cheung Chau . The plague disappeared and the Huizhou people built Pak Tai a temple to honor the sea deity.

The temple of Pak Tai follows the traditional Chinese style of temples wherein the main hall is very big to accommodate the god's statue while the side halls are smaller in comparison. Pak Tai is usually depicted in a victorious pose, sporting long hair, barefoot and wearing a golden armor. On Pak Tai's feel are the serpent and the tortoise being stepped on as if to say that righteousness will never lose to evil.

Tourists can get a glimpse of Cheung Chau's history through visiting the temple and learn more about Hong Kong's various deities.