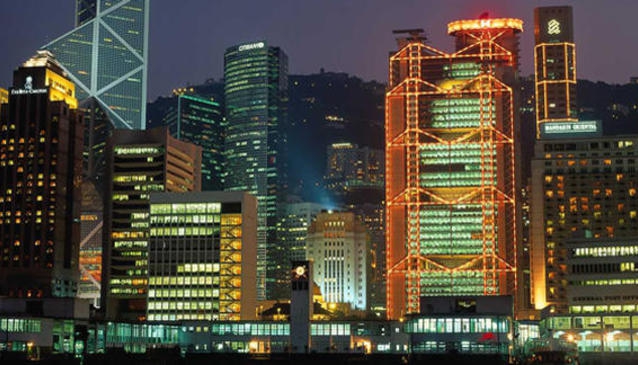 Designed by Sir Norman Foster, a prominent British Architect, this HSBC or Hong Kong Shanghai Banking Corporation headquarters is proof of HSBC's success not only in Hong Kong but throughout the world. Costing a massive $668 million during its construction in 1978 to 1985, it was the most expensive building during its time and it was also a proof of how much money HSBC had. No costs were spared and this is evident once you see the building. The critics seem to agree as this building is constantly being praised and admired for its design & construction.

Over 47 stories high, the HSBC bank headquarters is known for its innovative construction such as not having an internal support structure, maximizing natural light by using glass all throughout the external of the building, and using sea water to both cool the air-conditioning system and flush the toilets.

Nearby attractions are the museums and galleries of Cheung Chau Island.