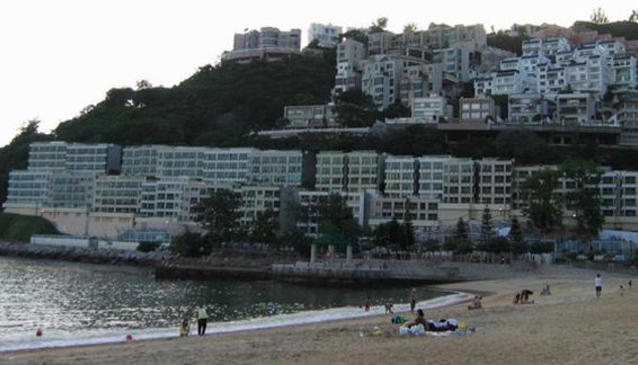 Who would believe that you don’t need to go to the outlying islands to breathe a cooler air at the beach? Repulse Bay is just at the Southern District of Hong Kong Island. Here, you can enjoy a panoramic view of the bay known for achieving a balance of modernity and classical design. Just behind the beach is Repulse Bay Tower, one of the most expensive housing areas in Hong Kong, second to those at The Peak .

A Repulse Bay Hotel also existed in the area until it was demolished during the 1970s and 1980s. To bring back the images of colonial architecture, a boutique shopping mall called Repulse Bay Shopping Plaza was constructed in place of the said hotel.

What makes Repulse Bay unique is the display of deities and figures from Chinese mythology, the Longevity Pavilion and Longevity Bridge situated at the Life Guard Club’s Terraces. A lighthouse near the beach serves as picturesque background to photos taken by the beach. This crescent-shaped beach is made even more beautiful by the azure blue water and golden sand. The water temperature ranges from 16C to 26C. All these make Repulse Bay popular for swimming. All the facilities you need are found along the beach, such as showers, changing rooms, refreshment kiosks and even a locker for your things.

Watching the sunset is another relaxing activity. It also allows you to gaze at the buildings of Hong Kong Island. Holidays by the beach are not completed without great food. Did you know that barbecue racks are available under the shade near the beach? This makes it possible for you to bring and cook your own food. In addition to that, there are restaurants in the Repulse Bay Shopping Plaza. For anything else you’ll need, there are hotels, supermarkets and cafes in the area.